In contrast to the situation elsewhere, using electronic databases that integrate textual, tabular, visual and cartographical datasets is still relatively uncommon among excavation projects in Turkey and the Near East. The Barcın Höyük project offers an opportunity to begin addressing this lag, initially by creating an AIS for the excavation project itself, and secondly by functioning as an example for other projects.

The Barcın Höyük AIS is developed by the Spatial Information Laboratory VU University in close collaboration with the Netherlands Institute in Turkey. The AIS is aimed to serve several purposes. Firstly, to allow efficient data entry, retrieval and sharing by the researchers involved in the project. In many ways this makes new forms of analysis and collaboration possible. The AIS integrates vectorized excavation plans, pictures of the excavation, artefact and pictures drawings, in a fully integrated complex relational dynamic database, which is aimed to be accessible for all participating researchers during the project making more detailed, contextual analyses become feasible for a specialist, whereas the excavators can benefit from the observations of the specialist regarding the nature of deposits.

A second function of the AIS is to serve as the basis for a full archive of the documentation. The design of the system will be such that, at the completion of the project, the data can be easily converted to digital formats that conform to standards of digital preservation and continued accessibility. 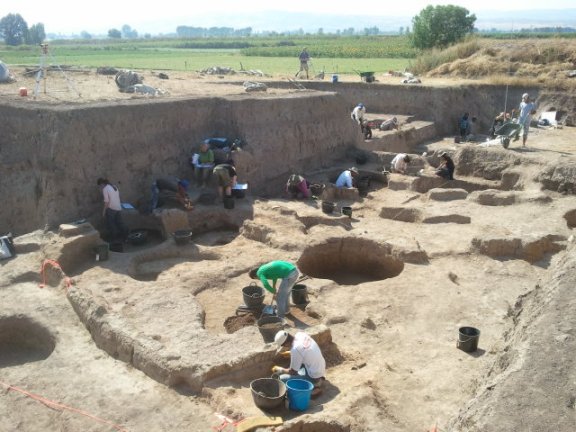